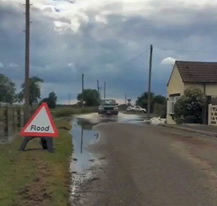 The Group was deployed very early at the start of the flooding, with members standing by in the community halls while bronze control addended meetings at forward control. It soon became apparent that the range of vehicles and the varied configuration of body layouts meant the group could be tasked with numerous roles. 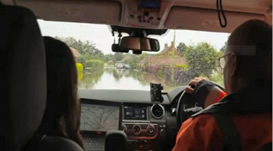 During the eight days of deployment this became so, with the responders be used ferrying evacuees to the temporary accommodation center, the transportation of fuel to the fire and rescue teams manning the high-volume pumps in areas inaccessible to conventional vehicles and most importantly ensuring hot food and drink reach those teams in the remote pump sites.

As the incident calmed, the structure of support changed, with the majority of the responders standing by at an accommodation center outside the town awaiting tasks. As the flooding subsided, this action cleared the town of many vehicles and started to restore normality.

The nature of the tasks also changed, the group were now assisting in the transportation of families back to their homes which had been flooded to collect a few possessions and some exotic pets. They were also still deployed giving support to the emergency services but now in a structured role, allowing the number of vehicles on location to be reduced, whilst many members remained on standby at home or work. 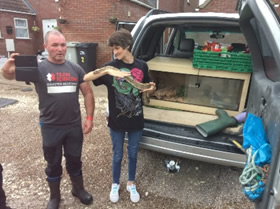 When the situation with the river Steeping was finally declared safe the group’s official stand down came at 17.00 on 22.6.19

The Group had 16 Responders and their vehicles involved throughout the emergency while the group as a whole remained on standby throughout. Responders were deployed for 358 hours in total and covered 3584 miles with 5 members running our Control & Dispatch